Ratnagiri is a quaint little township situated on the Mumbai-Goa highway. It is a region where natural scenic beauty mingles peacefully with historical structures. A pocket-friendly destination that you should visit at least once in your lifetime.

How To Get Here?

Ratnagiri is around 300kms away from Bombay. It is accessible by both roadways and railways. It takes around 8hrs to reach Ratnagiri from Bombay. There are plenty of hotels and lodges around the city. Here are some of the best places that you can visit during your stay in the town.

Ratnagiri is blessed bountifully with many picturesque, beautiful, and serene sea beaches. Bhatye Beach and Mandavi Beach are two such beaches where you can enjoy sunbathing along the seashore while sipping on sweet, delectable, and healthy coconut water. One can also experience magnificent sunrise and sunsets while relaxing in the lap of nature at both these beaches.

Arre Ware Beach is a clean, calm, and panoramic little beach which has gained popularity among tourists. It has a spectacular coast lined with coconut and palm trees. This little breathtaking scenic gem lies between Ratnagiri and Ganpatipule. You can enjoy joy rides and munch on street food as the wind caresses your face and feeds your soul with peace and tranquillity.

Thiba Palace is a place of historical importance. It was built by Britishers during 1910-1911 for the King of Bramahdesh  (Burma, now known as Myanmar).  This grand palace with 25803 Sq. The Meter area is one of a kind. It also showcases ancient sculptures found in nearby regions and pictures taken during the British reign. This is a great royal retreat for everyone who has a liking for history, culture, and archaeology. The palace is open to visitors from 10.30 am to 5.00 pm on weekdays.

Ratnadurga fort which is also known as Bhagwati Fort is another site of historical interest. This fort was constructed during the Bahamani rule. It was later won by Shivaji Maharaj in 1670 by the Adil Shah of Bijapur. The repairs of the fort were done by  Dhondu Bhaskar Pratinidhi during 1755-1818. Later this fort was won by the Britishers. Hence, this fort is a symbol of the rich history of Maharashtra. This fort is one of the main tourist attractions due to the Bhagwati Temple inside the fort and the enchanting panoramic view of the Arabian Sea from the hilltop.

Ganpatipule is a famous religious place of worship. It is well known for its swayambhu Ganpati Temple which is situated on the beautiful seacoast. One can take boat rides and also engage in water sports under the guidance of trained personnel. Camel and sometimes horse rides are also available on the beaches. But one needs to be extra careful on this beach many tourists have lost their lives by drowning in seawater. You can also visit the Museum named ‘Prachin Kokan’ which provides you with interesting facts regarding the Kokan region’s cultural history. 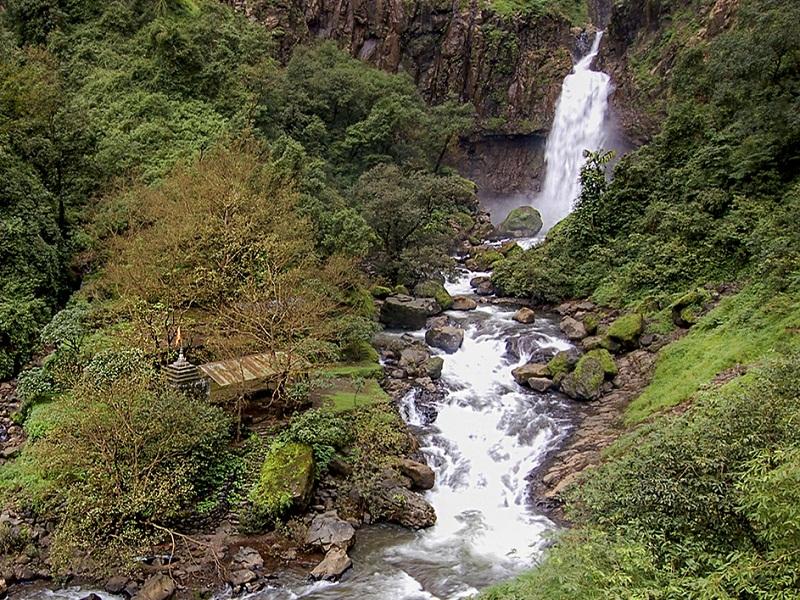 Marleshwar is another place of religious importance which is situated 60kms away from Ratnagiri. It is based in the laps of lush green Sahyadri mountain ranges. Known for its Lord Shiva Temple situated in a cave on the top of the mountain, what sets this place apart is a magnificent waterfall that is situated behind the hill. The Dhareshwar waterfall provides an exhilarating view of scenic beauty. These features of Marleshwar make it one of the best getaways for nature lovers and adventure seekers at the same time.